History of the Complutense University Library

The Library of the Complutense University (BUC) is a support service to learning, teaching and research and the other institutional goals of the University. (Statutes of UCM, Decree 58/2003 of the Community of Madrid , art. 198.1 )

On 13 April 1499, Cardinal Cisneros secured from Pope Alexander VI a Papal Bull to found a College in Alcalá de Henares (College of the Saint Ildephonse). This Papal Bull conferred official recognition throughout Christendom to all degrees granted by the University. The name of University (Complutense) was the latin name of Alcalá (Complutum), where the University was originally located.

During the 16th century Complutense University became one the greatest centers of Academic excellence in the world. Many of the leading figures in sciences, arts and politics of that age studied or taught in Complutense"s classrooms

The first Constitutions were adopted in 1510. They regulate the functioning of the university and also the library and archives. Around 1514 and 1517 was printed the Complutense Polyglot Bible, by Arnau Guillén de Brocard. In the 17th  century decays the University of Alcalá, however, other educational institution emerge in the city of Madrid: the Imperial College, where the Jesuits taught. In the 18th century this College was named The Royal Studies of Saint Isidre and your library was the most important of Madrid. 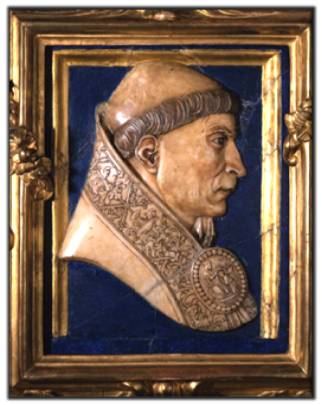 Those centers had important specialized libraries 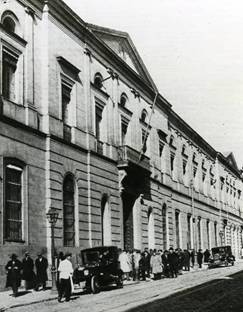 19th. Century: the University of Alcalá moved to Madrid

By a royal order of 29 October 1836, Queen Regent María  Cristina suppressed the University in Alcalá and ordered its move to Madrid, where it took the name of Literary University and, renamed in 1851 as Central University of Madrid. The University will be known under this name until its actual denomination as "Complutense" in the 1970s.

Through the “Plan de Instrucción Publica" (Public Instruction Plan) by minister Pedro José Pidal, on September 17, 1845, several faculties were integrated into the University.

The Library of the Central University comprises the libraries of all the educational institutions located in Madrid and Alcalá:

The University greatly expanded during the 19th century, and its accommodations in central Madrid proved to be increasingly inadequate. This situation changed in 1927, when through a royal decree, King Alfonso XIII officially ceded state-held lands in the proximity of the Palace of La Moncloa to establish space for the University of Madrid.

In 1936 the Civil War took place. The University City was located in the war front and its buildings, libraries and many books were destroyed.